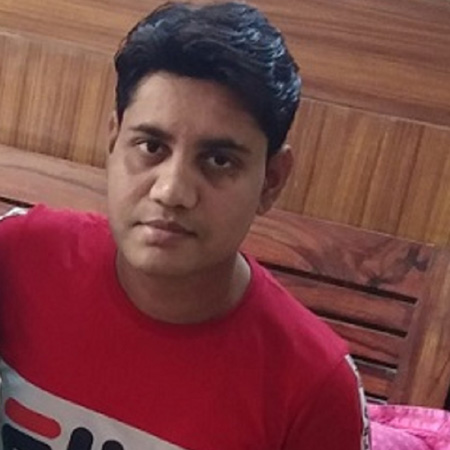 Elder care: Bereavement support: The Kumars had been happily married for over 55 years. They lived with their five sons and an extended family. The husband was in the civil services and the wife supported him with his career even while managing her sons’ education.

When the husband was diagnosed with diabetes in his mid-30s, the wife took the condition in her stride and did not let it cause any stress on the family front. Thanks to his wife’s solid support, the civil servant was able to completely focus on his career.

A surgery that went wrong

After a knee replacement surgery,  in 2015, Mrs Kumar was bedridden. She was mentally alert despite these difficulties. In April 2019 when she was in hospital following a bout of pneumonia. Her condition only went on to worsen. She breathed her last in hospital after a month and a half of hospitalisation. Her husband was undergoing treatment in the same hospital too but on a different floor. The doctors attending to both of them had suggested that their partners not be updated about each other’s health status. The husband was in for a  shock when he finally came to know about his wife’s passing away. It was a jolt for him as he had not seen her for the last 10 days.

Kumar plunged into grief after his wife’s sudden death. And that only went on to aggravate his medical conditions especially Parkinson’s. He had to be catheterized. He could no longer swallow his food or talk. His family rallied around him to provide him with the much-needed bereavement support. But the lacunae resulting from a beloved spouse’s death is difficult to fill. Healing requires a tremendous amount of mental energy. The amazing energy that he utilized in the event of adversity was missing. His pillar of support and lifetime companion had left without allowing him a chance to bid her farewell.

A home attendant for bereavement support

Kumar who was living with his wife independently could not continue with that lifestyle. His inability to talk, to swallow and the urinary catheter made it impossible for him to be left alone. He needed a bereavement companion in the form of a caregiver round the clock. His sons decided to avail home nursing care from Life Circle, a home care service provider.

Ajay, a caregiver with Life Circle, was assigned the task of providing post-hospitalisation care and elder assistance to Kumar. Ajay had a tough job on hand. Kumar had to be fed every 2 hours so that his body got enough nutrition and hydration.  Kumar had to be administered five doses of medicine along with his food. The medicine had to be crushed owing to Kumar’s medical condition. Also, Kumar would refuse food and medicine because of which he had to be coaxed. This meant the routine took longer than usual. Patience was the need of the hour. Ajay did a good job.

Gradually, Ajay’s patience and hard work began to show results. Kumar’s condition began to improve. Ajay started taking him to the park for his usual sit down with his friends, watched movies, listened to Kumar’s favourite old songs with him on his Saregama transistor, and had conversations with him. As a result, Kumar slowly grew comfortable with Ajay. Ajay provided Kumar with all the bereavement companionship that he had to get.

Kumar’s daughter-in-law (and primary family caregiver) is all praise for Ajay’s home nursing care. Because of Ajay, they feel at ease with the patient’s diet, medication and overall well-being. In addition, she is happy with Ajay’s systematic charting of intake and output of fluids, medication and vitals. She sits down with Ajay after her kids go to school to ensure that everything is alright. This also helps when the Life Circle nurse manager does his fortnightly visits. Ajay also knows Kumar’s likes and dislikes and so is a big source of support around the home. 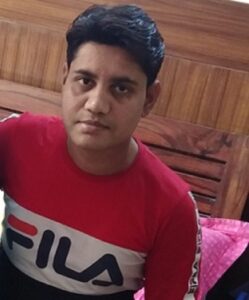 About Ajay, the home attendant

Ajay hails from the Mau district of Uttar Pradesh. His father passed away when he was very young. And his mother had to raise four children single-handedly. Earlier, his brother was the sole breadwinner. Ajay feels happy that he is now able to contribute as well.

Ajay loves his job and feels a sense of responsibility and affection for Kumar. Beyond the practical aspects of his job, he shares a great bond with Kumar’s family. The family in turn loves and respects him for his support. Ajay believes there has been a change in him since he started this assignment. For instance, he believes that some of the conversations with Kumar have helped him think about continuing his studies and getting a better job. He has started looking out for government jobs. His experience should serve as an asset as he builds his career.

In conclusion, the bereavement phase is a trying period. People have different ways of coping with a loss and keeping the memories of their loved ones alive. Physical and behavioural changes are a part of the healing process en route to achieving normalcy. A good home attendant can play the role of a gentle partner in the process and offer much-needed bereavement support.

(Names of the patient and family members have been changed to protect identities.)