When Alzheimer’s sets in

Alzheimer’s disease is a progressive disorder that causes brain cells to degenerate and eventually die. The disease gradually impedes an individual’s thinking, behavioural and social skills because of which he or she will not be able perform day-to-day activities without assistance. It is important that family caregivers recognise these changes in an Alzheimer-affected person. Changes are abrupt and can happen any time without any warning signs

Gurdip Kaur, a 91-year-old woman, has been living with Alzheimer’s for around 15 years now. The nonagenarian’s condition progressed gradually with time. It has helped that she has a loving family comprising of her sons, daughter, their spouses and children and they give her all the care she needs. Her son and daughter share their experience on how they have handled their mother’s health condition and the kind of elder assistance they made available for her.

When Alzheimer’s set in, there were no visible changes except the fact that Gurdeep Kaur was not able to remember things like she used to before. The forgetfulness gradually went on to increase and after three years, the family deemed that she could not be left alone during the day and enlisted the services of home attendants from the unorganised sector. Home care services were made available for her during the day for the following three to four years. After this phase, the family were compelled to have a home attendant beside her even at night because her condition had become worse. At most times, Gurdeep Kaur is not able to remember many of her near and dear ones. At this stage of her life, it is important that the home attendant entrusted with looking after her be someone whom the family wholeheartedly trusts.

Role of a professional home attendant

The family members of a person affected with dementia, like Gurdeep Kaur, are not comfortable with the idea of letting him or her alone at home. It is here that the quality of caregiving comes to play. The home attendant has to play the role of a good bodyguard besides being very watchful to any health changes should the situation arise. Gurdeep Kaur’s son feels that although patients with dementia are not able to express themselves like normal people, they still have a sense of feeling. They are able to acknowledge the efforts of a good and sincere home attendant and share good vibes with them. The honesty and integrity of the home attendant go hand in hand with the health of the patient and his or her family.

Gurdip Kaur’s home attendant Sonam Negi is a young undergraduate who hails from Uttarakhand. She started working as a home attendant after receiving guidance from a friend who knew home attendants with Life Circle, a home care service provider. Although Sonam may eventually move on to another job, once she completes graduation, she says home nursing care is a good option for those like her who want to learn while earning. It serves as a launch pad for youngsters like her. Care-giving as a career option is not a new idea and many home attendants work while they study. The concept of students involving themselves in elderly home care is very popular in Sweden.. 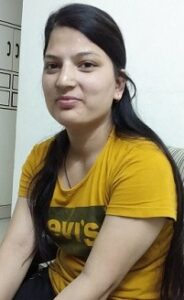